Young Earth creationists argue that the Bible was written as actual history and was to be understood as actual history. And that the Bible clearly teaches a young Earth. Specifically, that the time from the beginning of the universe to the creation of humans was the six days recorded in Genesis 1, and that the time from the creation of man to the birth of Abraham was approximately 1950 years, as recorded in the Biblical genealogies. Given Biblical and other data for calculating a date for Abraham, we can calculate that the universe and the Earth were created approximately 6000 years ago.

Integral aspects of the Young Earth Creationist position include creation in six days (encompassing everything from the beginning of the universe to the appearance of man), and the global flood of Noah’s time (as the fossil-bearing sediments laid down by the flood account for most of the geological column). Young earth creation scientists also believe that the first law of thermodynamics and second law of thermodynamics argue against an eternal universe and they also claim that these laws point to the universe being supernaturally created. [1][2][3]

The arguments put by proponents for a young Earth fall into the following categories.

Young Earth creationists argue that the Bible was written as actual history and was to be understood as actual history. And that the Bible clearly teaches a young Earth. Specifically, that the time from the beginning of the universe to the creation of humans was the six days recorded in Genesis 1, and that the time from the creation of man to the birth of Abraham was approximately 1950 years, as recorded in the Biblical genealogies. Given Biblical and other data for calculating a date for Abraham, we can calculate that the universe and the Earth were created approximately 6000 years ago.Biblical Support 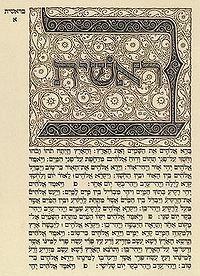 Oxford Professor James Barr (not a Young Earth creationist) put it this way:

The Days of Creation

The Bible states in Genesis 1 that the earth with all its inhabitants was created by God in 6 days. Although many people argue that the days of creation should not be taken literally, the events are described in terms that are correlated with definitions of specific lengths of time. Since God created time and language, it is reasonable to assume that the most straight forward reading of these passages should take place. The specificity of the period of time in question is made clear and reinforced on numerous occasions with the phrase “And there was evening, and there was morning“.

In Exodus 20:8-11 God tells the Israelites to keep the seventh day, the Sabbath, holy. The reason provided (v.11) is that God created the universe in six days, and rested on the seventh. It is argued that the analogy would be a dis-analogy if the days in the Genesis Creation Account were not also literal days. This idea is repeated in Exodus 31:15-17.

Further support lies with how the word “Day” is used elsewhere in scripture. In every instance where a day is described in the Bible using this terminology outside of Genesis, it always means an ordinary day.

The Flood of Noah

Based on a plain reading of Genesis, the flood of Noah describes a global event that destroyed all terrestrial life on Earth except for those brought on board the ark. Assuming this event happened as described the young earth creationism perspectives holds that the fossil record is the result of this flood. This geologic interpretation is known as catastrophism, which was a long-standing view of fossiliferous rocks prior to the 1800s when a uniformitarian view began to take hold.

Jesus believed In A Young Earth

When Jesus was asked about divorce, he quoted from Genesis on the origin of marriage, mentioning that God made them male and female at the beginning of creation Mark 10:6. In the old-Earth timescale, the origin of mankind occurred in the last couple of million years of the 14-billion-year age of the universe. However, in the Young Earth timescale, mankind was created six days after the creation of the known universe, truly “at the beginning of creation”.

Without the foundation of a literal six-day creation, quite a few Biblical doctrines found in the Old and New Testaments have no basis.

Sin, Death, and a “Good” Creation

At the end of each day of creation, “God saw that it was good”. At the end of the sixth day, with creation now complete, “God saw all that he had made, and it was very good.” Genesis 1:31 Death was introduced as a punishment for Adam’s sin. Genesis 3:19,_22-24 “The last enemy to be destroyed is death.” 1 Corinthians 15:26 Only the young Earth view allows for no death before Adam. All old-age views place the fossil record—with its record of death and suffering—prior to Adam, thus proposing that death is a part of God’s “very good” creation and not a punishment for mankind’s sin, but a natural part of existence.

God created Eve to be Adam’s companion. She was created from his own body, therefore they were of one flesh.Genesis 2:21-24 Jesus teaches that when a man and woman marry, they are also “one flesh”. Mark10:6-8, Matthew 19:4,5 Jesus refers to the Genesis passage as real history, and in fact the validity of his argument depends on it. It also implies that humans were created “in the beginning,” whereas evolutionary theories put man relatively late in the timeline of the universe.

Before sin, Adam and Eve were naked, but felt no shame.Genesis 2:25 After they sinned, however, they realised their nakedness and tried to cover themselves.Genesis 3:7 God killed an animal and clothed them in its skin.Genesis 3:21

Young earth creation scientists advance a number of arguments in support of a recent creation, arguments that place an upper limit on the age of the Earth, solar system, or universe.[4][5][6] Many objections to claims of an extremely old age for the earth and the universe have also been put forth.[7][5] For example, Russell Humphreys’ argument based on the amount of salt in the ocean is designed to show the maximum possible age of the oceans based on uniformitarian assumptions, and thus shows that the oceans could not be as old as claimed; it is not designed to show the actual age of the oceans, and as such the resulting age, although far too great for the young Earth view, is not inconsistent with it.

Young earth creation scientists believe that the evolutionary geological timescale is in error.[8][9][10] They also point to multiple lines of evidence from the field of geology showing that the earth is young.[11][12][13][14] The uniformitarian assumptions are rejected, in favor of catastrophic processes related to the global flood as responsible for the vast majority of the Earth’s geologic features. It should be noted that catastrophism is increasing being accepted in the field of geology. [15][16] Young earth creationists also assert that old earth uniformitarian geology has numerous anomalies. For example, William R. Corliss catalogued numerous anomalies in the old earth uniformatarian geology paradigm. [17][18]

See the following for more arguments that support a young Earth:

Young earth creationists believe that the universe was created by God, and reject naturalistic explanations on the origins of the galaxies, stars, and planets.[20] In addition, young earth creationist scientists contest the Big Bang Theory stating that the theory is scientifically unsound.[21][22][23][24] Creation scientists also point out that the Big Bang theory has had many dissenters including the British astronomer Sir Fred Hoyle, the Nobel Prize winner Hannes Alfven, and astronomers Geoffrey Burbidge and Halton Arp.[25] In 2004, an “Open Letter to the Scientific Community” disputing the Big Bang theory was signed by 33 leading scientists has been published on the internet and in the science journal New Scientist. The dissent letter has subsequently been signed by hundreds of individuals around the world.[26]

See the following for more arguments that that support a young universe.

The theory of a young solar system has many scientific arguments that can be used to show consistency with the belief in a recent creation. Some simply put an upper limit on the age of solar system. For example, evidence has indicated that there is too much interplanetary dust in the solar system. The solar wind, solar gravitation and the Poynting-Robertson effect remove dust from the solar system, while comets and asteroids can contribute to the dust. An argument was issued by Robertson and Slusher in a 100 page monograph confirming that equations derived nearly fifty years earlier were essentially correct and the solar system was limited to a few thousand years without some hitherto unknown massive replacement method. At least half of this conclusion is supported by secular scientists who hold that the lifespan for a typical dust particle is about 10,000 years.

See the following for more arguments that support a young solar system.

Roughly 47% of the United States population believes man was created by God pretty much in his present form less than 10,000 years ago and this number has stayed roughly constant for the last 20 years.[1][2] Young Earth Creationism is most commonly found among members of the Abrahamic faiths, especially Judaism, Christianity, and Islam. Most young earth creationists believe that most of the book of Genesis (including the creation accounts) is a straightforward narrative meant to be understood literally.[27]

The following are the leading young Earth creationist ministries worldwide.