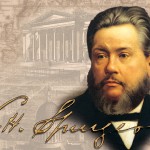 Charles Haddon Spurgeon (1834-92) was England’s best-known preacher for most of the second half of the nineteenth century. In 1854, just four years after his conversion, Spurgeon, then only 20, became pastor of London’s famed New Park Street Church (formerly pastored by the famous Baptist theologian John Gill). The congregation quickly outgrew their building, moved to Exeter Hall, then to Surrey Music Hall. In these venues Spurgeon frequently preached to audiences numbering more than 10,000—all in the days before electronic amplification. In 1861 the congregation moved permanently to the newly constructed Metropolitan Tabernacle.

Mr. Spurgeon smoked cigars.  This is a historical fact.  There is no use any one denying or saying he repented of it later in life.  He simple did not regard it as sin.  This may have been to his folly.  As we know now that he has gone on.  Did smoking cigars keep dear Mr Spurgeon out of Heaven?  I am not certain I can or any one else can answer that with any certainty.  However, what I can answer with an absolute certainty and beyond any doubt he did cause others to stumble by his sin (cigar smoking was a sin weather he believed it or not).  Paul was very clear in Romans 14 to not do anything to cause your brother to stumble.

Sadly, there are many historical accounts that his cigar smoking troubled and caused others to stumble, yet he refused to recognize his sin and repent.  How many of us have a sin that we refuse to recognize and give to God?  1 Thessalonians 5:22  warns us not to avoid evil but to avoid the appearance of evil.  Smoking would definitely have an appearance of evil.  Even Hollywood knows this.  Notice all the bad guys in movies smoke?

So why didn’t the Reverend Charles H. Spurgeon consider his smoking a sin?  Because he claimed he was not addicted!

Follow these pages to some of my favorite sermons that Charles Spurgeon preached.