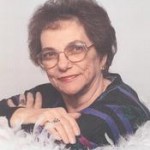 Our beloved mother, 72, of White City, Ore., was called home to our Lord and Savior on March 3, 2012, after a battle with lung cancer. Our mom fought a good fight. She finished the course here on earth. Her pain is gone.

She was born Doreen June Hemphill, on March 3, 1940, in Pipestone, Minn. She spent most of her life in the Pacific Northwest and moved back to White City, Ore., from Emmett, Idaho, in March 2011. She enjoyed reading, computer games, spending time with her family, friends, and church family. Before retiring and becoming ill, she had worked as a bookkeeper and also at Weldon’s in Medford, Ore.

She was preceded in death by her parents, Glen and Rose Hemphill; and one brother, Emory Hemphill. She is survived by one sister, Delores Peterson, of Nampa, Idaho; one brother, Clinton Hemphill, of SanDiego, Calif.; her children, Susan Dobbins, of White City, Ore., who took care of her until Jesus called her home, Glenda Lucero, of Caldwell, Idaho, Kevin Airrington, of Medford, Ore., and Kimberly Nicastro, of Emmett, Idaho; several grandchildren and great-grandchildren; and many nieces, nephews, and special friends.

In lieu of flowers, donations can be made to the American Cancer Society. Hillcrest Memorial Park & Mortuary, Medford, Ore., are in care of arrangements.